I met Daniel while we were both still students at FSU. I was friends with his roommate, who invited me over to their house one night to hang out and meet some other friends. Several of us drank Daniel’s Carlo Rossi sangria without his permission—he wasn’t home. To thank him we drew him a wacky picture and gave it to him when he came home from work. We slowly became friends through our mutual friend, and later consummated* our friendship in the karaoking of “Build Me up Buttercup.” The rest is history.

*consummate (v. used with obj.) 1. To bring to a state of perfection; fulfill.

Our Engagement, According to Him

Oh what a night! That’s what I think when I reminisce about the night I proposed to my best friend Sarah. She was on her way into Palatka, and I had just bought the ring about 30 minutes before she drove into town. I was a little nervous, the plan was set and all I needed was for Sarah to say that three letter word at the end of it all. As far as Sarah knew it was just a date night. It was the four month anniversary of our first date. So I used that as a ruse to be romantic without giving it away.

While Sarah was in the house drinking sweet tea and talking with my mom, I loaded up my trunk with the accessories needed to make it a romantic evening. We started the night by going to a little Thai restaurant in St. Augustine. After our bellies were filled, I drove us down to downtown St. Augustine so we could go on a carriage ride. The night was cold enough to where Sarah wanted to cuddle and keep close. The night was lit up with a soft moonlight and Christmas lights wrapped around the historic buildings.

As our carriage ride came to an end Sarah kept asking me why I was being so romantic, and I replied with that guilty smile on my face, “I just love you sweetie.” While driving down to Crescent Beach, I played my two favorite love songs for Sarah. First was Alison Krauss’ “When You Say Nothing At All,” followed by Tracy Bird’s “Keeper of the Stars.” When we got to Crescent Beach I had Sarah put my beanie over her face, so she would not know what was happening. With my radio and sleeping bag in hand, I guided Sarah down the ramp and set up the sleeping bag so we could lay on it for a while, but not before I played those big band love songs on the boom-box. After we danced to one song, I dropped on one knee and asked for Sarah to marry me. I remember the tears that were welling in my eyes because I was as nervous as I was excited. And by God, she said, “ok.” We sat on that sleeping bag starring at the stars and keeping each other warm.

That night was one that I won’t forget, it is one that makes my heart warm and brings back fond memories. Oh what a night.

Our Engagement, According to Her

The weekend started with a Friday morning appointment to get my eyebrows done at Aveda’s salon. After that I drove from Tallahassee to Palatka, where Daniel was living at the time. On Saturday Daniel and I went to his Aunt’s home to battle it out with the board games Sorry and Monopoly Jr. That evening we went to a lovely 50th anniversary dinner of some of Daniel’s close family friends. Sunday, January 15th (our four months of dating anniversary day) we got up and went to Holy Cross in Ormond for the liturgy. Later on that evening we went to St. Augustine for a nice little dinner date at a Thai restaurant. Since it was still near the holidays the city had Christmas lights all over and horse drawn carriage rides to see them. So Daniel and I took a carriage ride. At this point I began to be suspicious because it was only our 4th month dating and Daniel was being very romantic—but I didn’t suspect what was coming.

After our carriage ride we got in the car to head to a near-by beach. Along the way Daniel played his favorite romantic songs (which only increased my suspicions). When we arrive at the beach Daniel put a beanie over my head and pulled it over my eyes so I couldn’t see and then led me out onto the beach. He started some music (big band love songs) and unblinded me. Naturally we danced on the beach! I remember the sound of the waves and the wind and the distant lights. After the song Daniel went down on one knee and proposed. I admit I was a little floored so I accepted by saying, “Ok.”

5 thoughts on “Our Story”

Things I talk about: 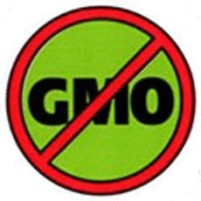 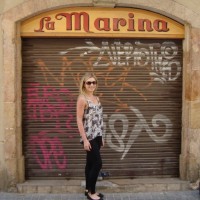 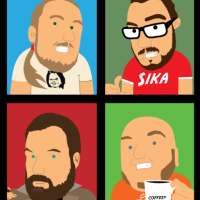 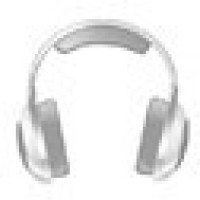 A Word in Your Ear

Stories and Photographs of my travels, Tales of friends, family, animals and my life

THE BEST OF POETRY

Life, love, happiness and most of all, kindness...

The Art and Craft of Blogging

There are 5 sisters. She's the middlest.

Ban·ter : "To speak to or address in a witty and teasing manner."

Misadventures From Around the Globe

Science Fiction and Other Suspect Ruminations
Lunki and Sika - Movie, TV, Celebrity and Entertainment News. And Other Silliness.

A Funny Look on Entertainment

All The Muse Unfit to Print

Small-Scale Smallholding, A Tiny Farm In A Big Garden